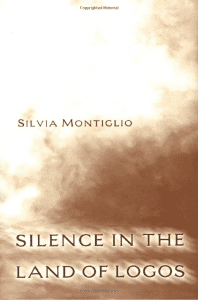 In ancient Greece, the spoken word connoted power, whether in the free speech accorded to citizens or in the voice of the poet, whose song was thought to know no earthly bounds. But how did silence fit into the mental framework of a society that valued speech so highly? Here Silvia Montiglio provides the first comprehensive investigation into silence as a distinctive and meaningful phenomenon in archaic and classical Greece. Arguing that the notion of silence is not a universal given but is rather situated in a complex network of associations and values, Montiglio seeks to establish general principles for understanding silence through analyses of cultural practices, including religion, literature, and law.

Unlike the silence of a Christian before an ineffable God, which signifies the uselessness of words, silence in Greek religion paradoxically expresses the power of logos—for example, during prayer and sacrifice, it serves as a shield against words that could offend the gods. Montiglio goes on to explore silence in the world of the epic hero, where words are equated with action and their absence signals paralysis or tension in power relationships. Her other examples include oratory, a practice in which citizens must balance their words with silence in very complex ways in order to show that they do not abuse their right to speak. Inquiries into lyric poetry, drama, medical writings, and historiography round out this unprecedented study, revealing silence as a force in its own right.