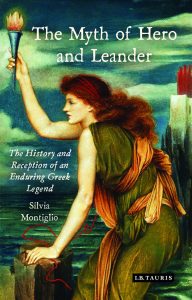 Hero and Leander are the protagonists in a classical tale of epic but tragic love. Hero lives secluded in a tower on the European shore of the Hellespont, and Leander on the opposite side of the passage. Since they cannot hope to marry, the couple resolves to meet in secret: each night he swims across to her, guided by the light of her torch. But the time comes when a winter storm kills both the light and Leander. At dawn, Hero sees her lover’s mangled body washed ashore, and so hurls herself from the tower to meet him in death. Silvia Montiglio here shows how and why this affecting story has proved to be one of the most popular and perennial mythologies in the history of the West. Discussing its singular drama, danger, pathos and eroticism, the author explores the origin of the legend and its rich and varied afterlives. She shows how it was used by Greek and Latin writers; how it developed in the Middle Ages – notably in the writings of Christine de Pizan – and Renaissance; how it inspired Byron to swim the Dardanelles; and how it has lived on in representations by artists including Rubens and Frederic Leighton.