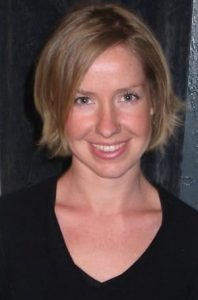 Emily Anderson has been chosen as one of 36 early career faculty members to receive a Johns Hopkins Catalyst Award, an honor that is accompanied by a $75,000 grant, mentoring opportunities, and institutional recognition.

Anderson’s project examines the diverse means through which residents of Baltimore during the later 19th and early 20th centuries engaged with the cultures of ancient Greece. Focusing on the agencies of people, places and media that are often overlooked in traditional accounts of the appreciation of classical culture, this project sheds light on an alternate history in which ancient Greek culture is understood to have been powerfully refashioned within the diverse, pulsating public life of the modern American city.

The focus is Baltimore between 1825 and 1940, as the Gilded Age gave way to the Jazz Age. The project looks where traditional disciplinary narratives have not, in order to investigate the particular practices and material culture through which the city’s residents actually accessed and engaged with the ancient past, and how the realities of those engagements substantively gave new and lasting form to ancient Greek culture itself. Focus is on reproductions, representations, and innovative reworkings of ancient forms in the city, including plaster casts of sculpture, colorful (and imaginative) replicas of newly discovered wall paintings, Jazz Age music and fashion, newspaper imagery, and counterfeit artifacts. Such forms, often deemed secondary, marginal, inconsequential, or illegitimate, are instead recognized as key interfaces of ancient and modern; they embody changes in the identity of both.

Given its recognized role in the birth of the American discipline of Classics, its wealth of pioneering public cultural institutions and collections, and its complex and brutal history of unequal access to such resources within the city’s diverse population, this examination of Baltimore is especially significant. But in many ways this context finds parallels in other contemporaneous urban spaces.