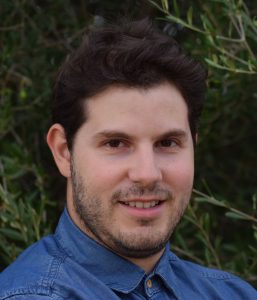 Giacomo Loi, PhD candidate in Classics, is the recipient of a prestigious doctoral fellowship at the Fondation pour la Mémoire de la Shoah (FMS) and will be spending the academic year conducting research in Paris. Founded in 2000 by the French government, the FMS is the institution in charge of the Paris Memorial of the Holocaust and of the Drancy Internment Camp Memorial. It also plays a key role in promoting research on the Holocaust in France and across the world, disseminating the outcomes of such research through conferences, courses, and exhibitions. In keeping with the mission of the Foundation, Giacomo will be working on a project entitled “There Is No Analogy Within History”: Classical Myth and Hebrew Holocaust Literature, in which he will examine the use of classical myth, particularly Greek, as a literary and intellectual strategy for Hebrew writers to deal with the horror of the death camps and the traumatic memory of the Shoah. While his concentration will be on Hebrew texts, he will also offer comparative cases from Italian, French, and Ladino literatures of the Holocaust. In the spring, Giacomo will share his initial findings in a course at Université Paris 3 – Sorbonne Nouvelle, his host academic institution in France. The resulting study will form a chapter in his dissertation in progress, “Our Quarrel Is of Old”: Classical Reception in Modern Hebrew Literature, an exploration of the functions of classical culture in Hebrew culture from the late nineteenth century to the present.