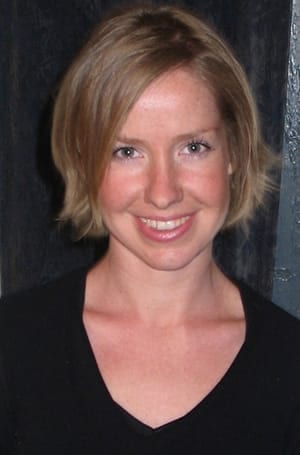 Emily Anderson’s research and fieldwork primarily concern the material and visual cultures of the Aegean and eastern Mediterranean Bronze Age with a focus on the ways in which objects are involved in the relations, negotiations and unfolding of sociocultural life. Particular studies examine corpora of material that range in context from Early Minoan Crete to the Mycenaean sphere of interaction during the Late Bronze Age. She received her PhD in Archaeology from Yale University (2009), preceded by an MPhil from Yale and a BA with honors in Old World Archaeology and Art from Brown University.

Dr. Anderson’s first book, Seals, Craft and Community in Bronze Age Crete (Cambridge University Press, 2016), examines a group of stamp seals from the transitional Early-to-Middle Minoan period on Crete that are both engraved with the island’s earliest glyptic iconography and fashioned of imported hippopotamus ivory. The book investigates the implications of these novel aspects of the objects, considering how the imagery engraved on the seals developed practically and symbolically, and how that relates to their prominent use of a rare imported raw material. By embedding these extraordinary objects within the broader context of the time, Dr. Anderson further examines how the seals are but one element of a process of social and spatial “incorporation” on the island, as the nature and scale of persons’ relations to one another were fundamentally reformulated. This study consequently considers various dimensions of social experience and action, from fine-scale handwork of semi-itinerant craftspersons to performative displays at public gatherings, from the forging of footpaths linking distant communities to the development of shared symbolic forms.

Anderson’s current book project concerns the engagement of humans and non-humans in Bronze Age Crete and the Aegean. This project focuses on how representational objects can be understood as vibrant animal bodies, animated by their own distinctive dynamisms. The unique physical, material and mechanical qualities of these things contribute to peculiar affordances in their relations with people and environments. The inter-corporealities of human bodies and these object bodies have potentially powerful sensorial, emotional and social dimensions, and constitute vital aspects of people’s actual, embodied relations with non-humans.

Another research project examines the presence of replicas of ancient objects in modern Baltimore during the Gilded and Jazz Ages. Two corpora constitute the core of this study. The first is a collection of plaster casts of classical sculpture commissioned ca. 1879 for the Peabody Institute, one of the nation’s first public cultural centers. Another is a group of reproductions of Minoan and Mycenaean objects produced for Johns Hopkins University’s Archaeological Collection in the early twentieth century. These two groups of objects, which differ in their substance, contexts, color, scale and interactive character, embody developing attitudes toward the classical past in the modern American city. They force us to consider the realities of access to ancient forms and to consider how the re-embodiment and re-contextualization of these forms in the city not only impacted the identity of the modern urban space but also, simultaneously, contributed to the formation of the ancient past itself.

Dr. Anderson has undertaken research and fieldwork in the Aegean for nearly two decades, focusing on artifact studies, archaeological excavation, survey, and illustration. These projects have ranged in locale from Crete to the Greek mainland, covering periods from the Final Neolithic to the early Classical and centering primarily on the Early–Late Bronze Age. She has been part of multiple large-scale field projects, including the Eastern Korinthia Archaeological Survey, the Azoria Excavations, the Saronic Harbors Archaeological Research Project, and the Eastern Boeotia Archaeological Project.

Dr. Anderson’s teaching at Hopkins spans the societies and cultures of the early Aegean and eastern Mediterranean, as well as the theoretical/interpretive topics through which we seek to gain insights into past human experience. In recent years she has taught courses such as: Craft and Craftspersons of the Ancient World; Gender and Sexuality in Early Greece and the Eastern Mediterranean; Past is Present: Cultural Heritage and Global Politics; The Art and Archaeology of Early Greece; Making Identities: How Archaeology Constructs People in the Past and Present; and Archaeology at the Crossroads: the Ancient Eastern Mediterranean through Objects in the JHU Archaeology Museum. She frequently incorporates the Johns Hopkins Archaeology Museum and other area museums into her teaching and believes strongly that giving students the opportunity to engage directly with ancient material culture fundamentally alters the ways they approach and question past cultures. 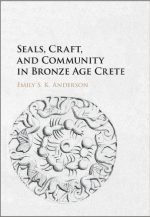 “The Reinvented Social Somatics of Ritual Performance on Early Crete: Engagements of Humans with Zoomorphic Vessels.” In K. Morgan ed., Pomp, Circumstance, and the Performance of Politics: Acting Politically Correct in the Ancient World. Oriental Institute Seminars. Chicago: Oriental Institute of the University of Chicago; forthcoming.

“A Sense of Stone and Clay: The Inter-Corporeal Disposition of Minoan Glyptic”  In M. Cifarelli ed., Fashioned Selves: Dress and Identity in Antiquity. Oxford: Oxbow; forthcoming 2019

“Connecting with Selves and Others: Varieties of Community-Making across Late Prepalatial Crete.” In S. Cappel, U. Günkel-Maschek, and D. Panagiotopoulos eds., Minoan Archaeology, Challenges and Perspectives for the 21st Century. Louvain: Aegis, Presses universitaires de Louvain, 2015: 199–211.

“Re-Embodying Identity: Seals and Seal Impressions as Agents of Social Change on Late Prepalatial Crete.” In J. Englehardt ed., The Archaeology of Agency in Ancient Writing. University Press of Colorado, 2013: 115-138.

“Signs in Human Hands: a Model for the Intonated Object.” In Y. Rowan ed., Beyond Belief: The Archaeology of Religion and Ritual. Archaeological Papers of the American Anthropological Association, vol. 19. University of California Press, 2012: 166-179.

“Difference on a Common Ground: The Parading Lions Seal Group and Collective Action on Late Prepalatial Crete.” In S. Morton and D. Butler eds., It’s Good To Be King: The Archaeology of Power and Authority, 2011: 199-212.