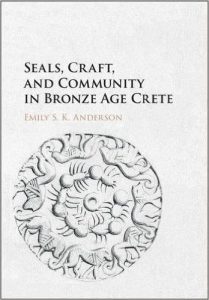 Generations of scholars have grappled with the origins of ‘palace’ society on Minoan Crete, seeking to explain when and how life on the island altered monumentally. Emily Anderson turns light on the moment just before the palaces, recognizing it as a remarkably vibrant phase of socio-cultural innovation. Exploring the role of craftspersons, travelers and powerful objects, she argues that social change resulted from creative work that forged connections at new scales and in novel ways. This study focuses on an extraordinary corpus of sealstones which have been excavated across Crete. Fashioned of imported ivory and engraved with images of dashing lions, these distinctive objects linked the identities of their distant owners. Anderson argues that it was the repeated but pioneering actions of such diverse figures, people and objects alike, that dramatically changed the shape of social life in the Aegean at the turn of the second millennium BCE.