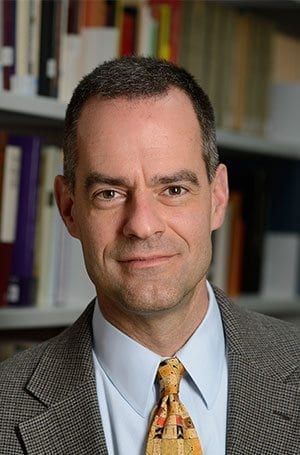 Professor Roller has broad interests in the relationship between monumentality and memory in ancient Rome, in the moral philosophy of the younger Seneca, and in Roman reciprocity and social exchange. He is particularly interested in aristocratic competition in ancient Rome, and how that competition develops and changes from the middle Republic to the high Empire.  His current book-scale project is an investigation of the arenas of competitive eloquence in the early Imperial period, from the Augustan age into the 2nd century CE.

Professor Roller’s research has been supported by major awards from the Institute for Research in the Humanities at the University of Wisconsin-Madison, the American Council of Learned Societies, and the Alexander von Humboldt Foundation; he has also received smaller awards from diverse funders to support particular projects.

Professor Roller has been a faculty member at Johns Hopkins University since 1994. His service to the institution includes chairing the Classics Department for seven years and the Anthropology Department for one year. Also, from 2012 to 2014 he led the Krieger School of Arts and Sciences’ decennial accreditation effort, and from 2015 to 2020 he served as Vice Dean for Graduate Education and Centers & Programs in the Krieger School of Arts and Sciences.

At the undergraduate level, Professor Roller regularly teaches advanced Latin reading courses, capstone courses for junior and senior classics majors, and also offers general courses to broader audiences on Roman history and civilization, including, “The Roman Republic: History, Culture, and Afterlife,” and “The Roman Empire.”  In 2003 he collaborated with colleagues from three other departments to create the team-taught, interdisciplinary “Great Books at Hopkins” course, which continues to be offered each fall to incoming freshmen.

At the graduate level, he teaches research seminars on a wide variety of authors, texts, and topics, as well as the graduate Survey of Latin Literature; in the past he has regularly taught a Classics proseminar. See his Curriculum Vitae for full details on past teaching. 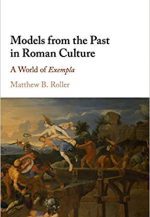 Models from the Past in Roman Culture: A World of Exempla 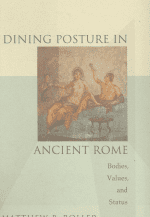 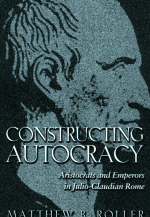 “Between unique and typical: Senecan exempla in a list.” In M. Lowrie and S. Lüdemann, eds., Exemplarity and Singularity. Thinking through Particulars in Philosophy, Literature, and Law (London: Routledge, 2015), 81-95.

“The Dialogue in Seneca’s Dialogues (and other moral essays).” In S. Bartsch and A. Schiesaro, eds., The Cambridge Companion to Seneca (Cambridge: Cambridge University Press, 2015), 54-67.

“Volgei nescia: On the Paradox of Praising Women’s Invisibility.” In A. Avramidou and D. Demetriou, eds., Approaching the Ancient Artifact: Representation, Narrative, and Function. A Festschrift in Honor of H. Alan Shapiro (Berlin: De Gruyter, 2014), 175-83.

“The exemplary past in Roman historiography and culture.” In A. Feldherr, ed., The Cambridge Companion to the Roman Historians (Cambridge: Cambridge University Press, 2009), 214–30.

“Exemplarity in Roman culture: the cases of Horatius Cocles and Cloelia.” Classical Philology 99 (2004) 1–56.